Any Tarot enthusiast will recognise the esteemed DruidCraft Tarot card deck. The large-card deck features mesmerising artwork well-researched and exquisitely presented. The creators spared no expense in delivering not only the stunning artwork seen on the cards, but also in ensuring every enthusiast who lays eyes on this mystical deck receives the best experience and helpful information they can.

Those who are curious about the history and origin of Tarot will love the DruidCraft Tarot deck! It displays how the concepts of Wicca and Druidry can be integrated, with the Druid Craft Tarot deck being a seamless combination of Tarot and the fundamental spiritualities of Wicca and Druidry. Tarot is a tool for exploring understanding of self and considering metaphysical questions, as well as examining a spiritual system through a thematic Tarot deck. Tarot and Paganism have often been synonymous, and this along with many other spiritual and technical similarities (such as the importance of the elements and other forces of nature) opened the door to the practices of Druidry and Wicca. Tarot and DruidCraft have always meant to be together! 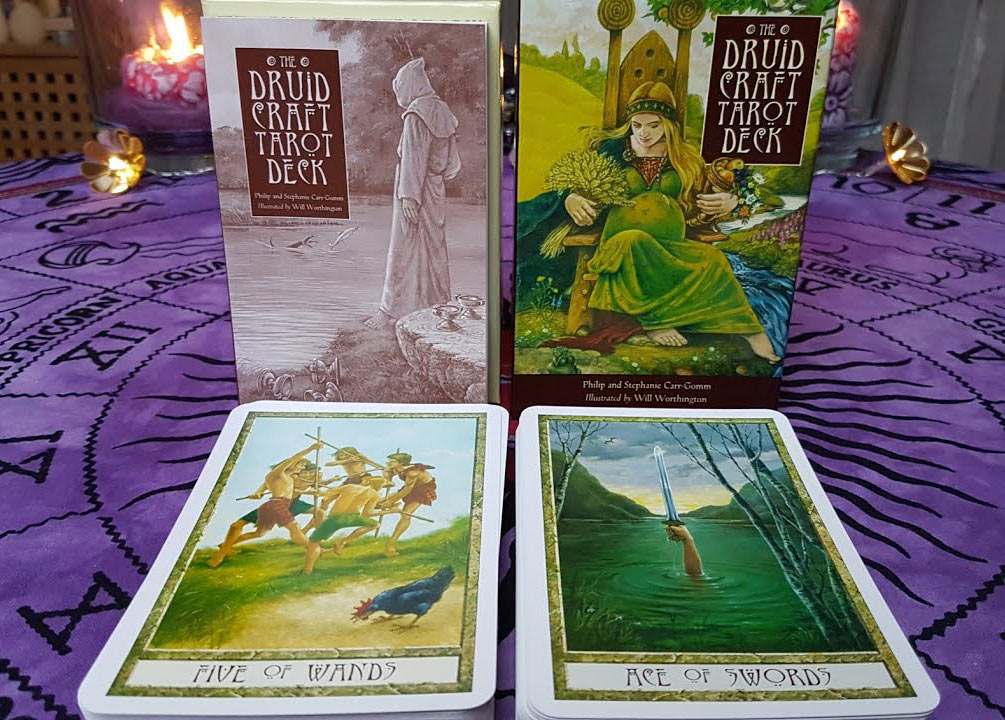 The Druid Craft deck nods to the earliest roots of Tarot. It is often thought that bards and song-storytellers have had a hand in Tarot’s popularity over time as they utilised the pictorial tools in their tales. DruidCraft Tarot also considers the numerology of Pythagoras; Tarot itself is based on numerology, and ancient authors have always seen the link between the scientific or numeric and the mystical. Pythagorean numerology was often associated with and supposedly taught by the Druids in their Sacred Groves.

The Druid Tarot is encapsulated in a beautiful set of 78 exquisitely designed cards. These Druid Tarot cards feature all Major and Minor Arcana cards, as well as a 192-page book detailing how we can use Tarot to enrich our spiritual practice and lives.

The DruidCraft Tarot Deck was created by Stephanie Carr-Gomm, Philip Carr-Gomm and Will Worthington.

Leave a Druid Craft Tarot review if you are blessed enough to already have this stunning Tarot deck!